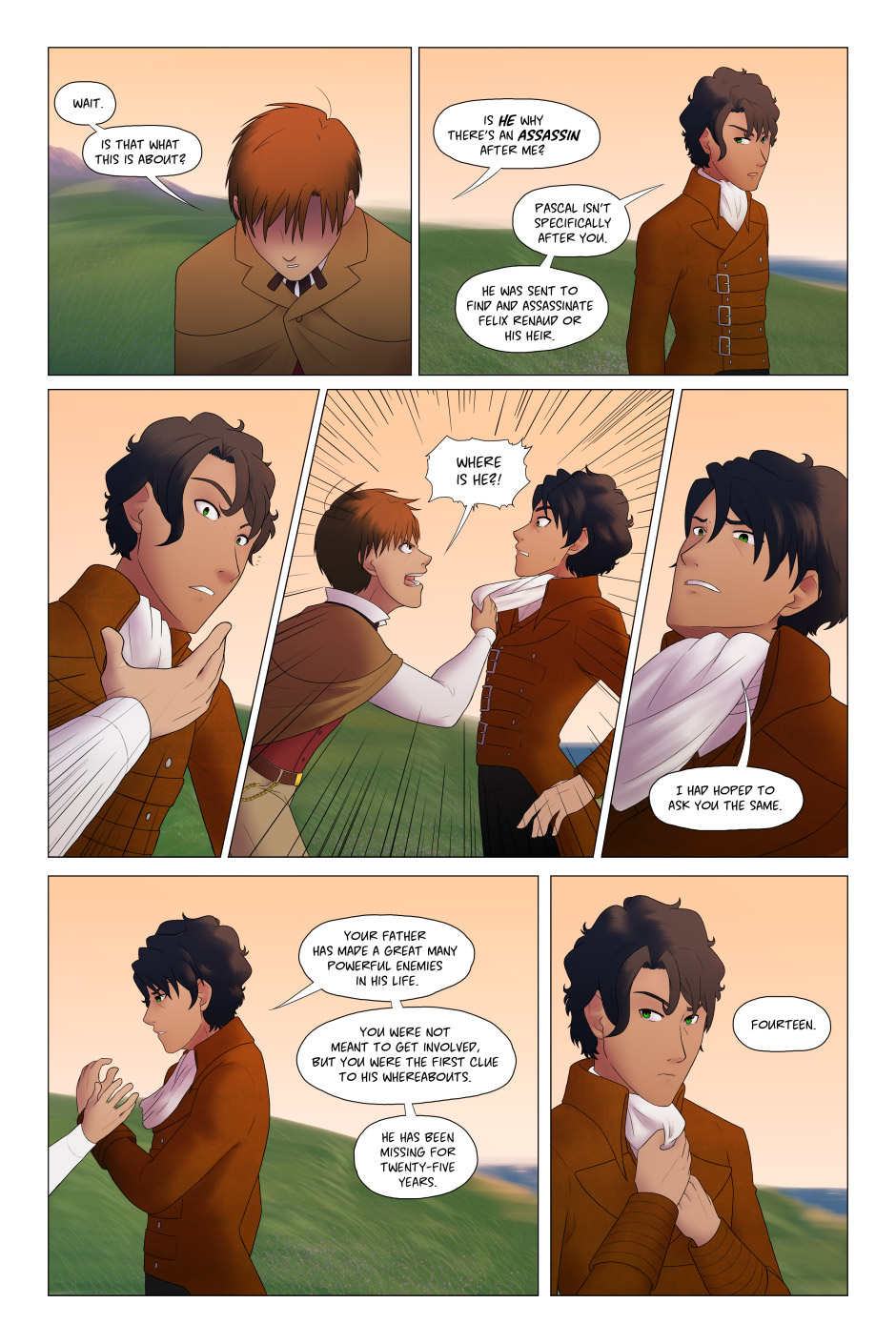 Hey guys, got some news! A bunch of great people just launched a comic collective called Ink Drop Cafe! You've seen their comics in the rotator below the comic for some time now, but the launch officially happened on 4/29. Go check them out! https://inkdropcafe.com/

Also...Galebound's one year anniversary is on 5/13. Sadly I don't have anything special planned in terms of special illustrations and such (as always, my workload is relentless), but hey, been doing this for a year now and that's pretty cool! ^^ I've made lots of new friends this year and it's been great fun all around. Thanks for reading, for sticking around for the year, and hope you enjoy the story in the years to come :D